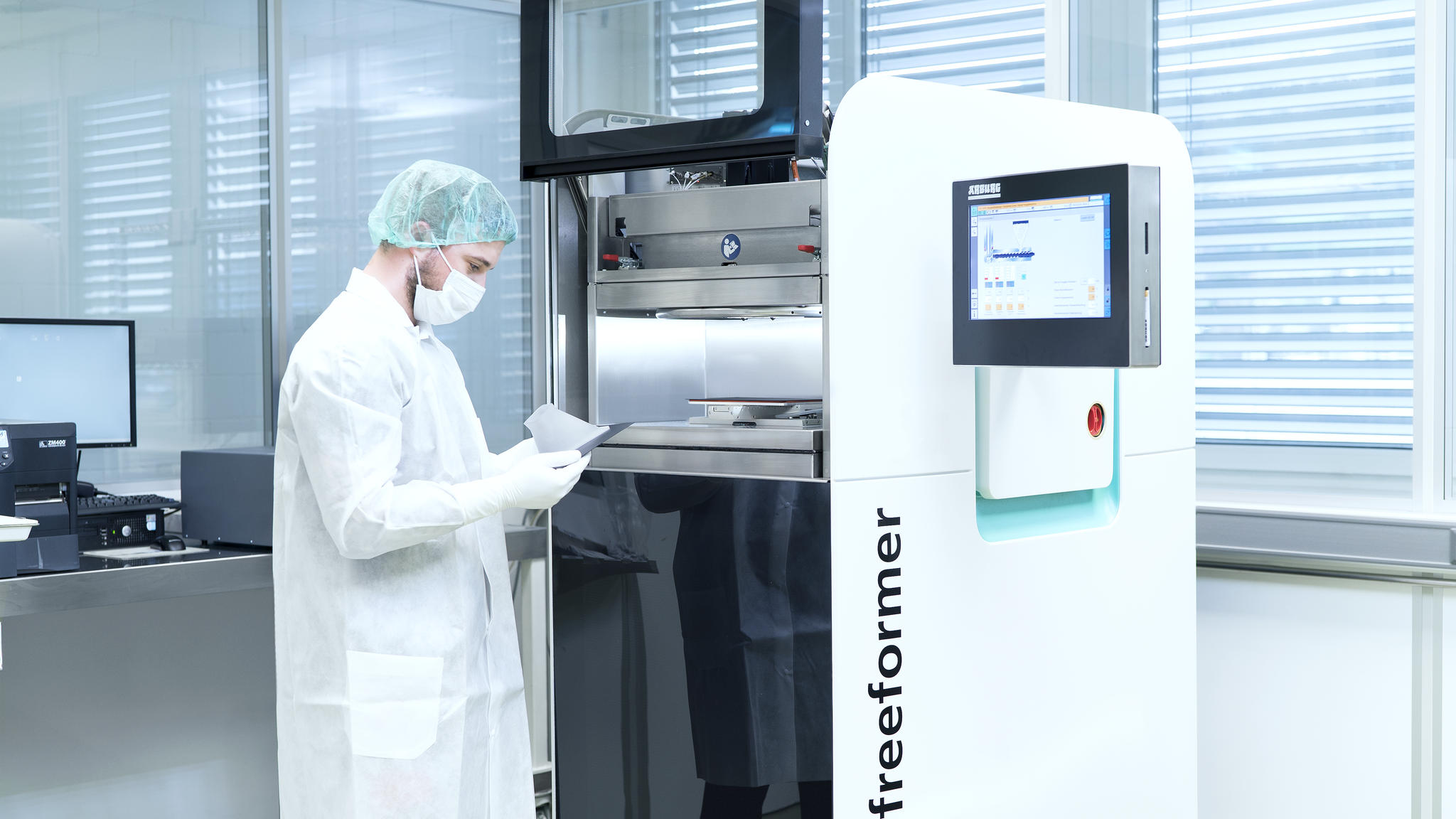 Prototypes are more and more a necessity in the production of high-precision plastic injection moulded parts for technical products, medical products and implants. This is why we at Samaplast have pushed this development forward together with our customers and partners.

This technology was made possible by the acquisition of the Freeformer from Arburg AG. This is a system type for generative manufacturing that combines the basic functions of an injection moulding machine and a 3D printer. It makes it possible to produce generatively manufactured components with standard granulate. Thus the production of batch sizes of 1 piece and small series is possible quickly and efficiently.

With the procurement of the FDM (Fused Deposition Modeling) 3D printer Stratasys F170 a further gap could be closed. This printer can produce dimensionally stable components with the highest possible precision and reproducibility from 3D data from a wide range of the most common thermoplastics (PLA, ABS, ASA).

Thanks to our know-how in prototyping technology, testing on the "series part" is now possible without high costs and long delivery times. In most cases, this shortens the overall project duration. In addition, the risk is significantly reduced at a very early stage, as the necessary proofs and tests can be provided at an early stage. The "time-to-market", a decisive competitive factor, can thus be significantly reduced.